The West Coast has it's perks but it does puts Spartan Football about 3000 miles away. Michigan State has a great football team so it's not difficult to find the game on TV, but certain games carry a little more notoriety than others - like the in-state rivalry. 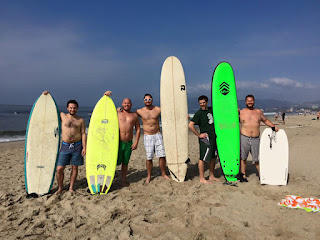 Intro the 2015 inaugural Surf 'n' Turf! The morning of the game, five Spartans loaded up surfboards ZJ Boarding House and headed to the beach.  Wolverines were invited to join, but they must be afraid of water. For a couple hours, leading up to kick-off, we caught perfect wave after perfect wave. 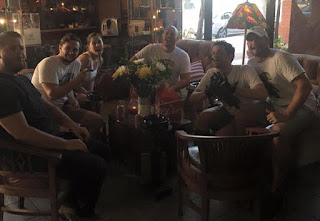 We celebrating the 7th Spartan win in 8 meetings singing the fight song and dancing our way to Hollywood Smoke for victory cigars.

Even 3000 miles away
Once a Spartan - Always a Spartan.