Show me the way to the next whiskey bar

Not sure if it's the way the sun invigorated the bedroom Saturday, or something in the morning latte that awakened the call, but that is when it started, bright and early. The premonition grew through the morning run and by the time the sun reached her midday peak resistance was futile; an impromptu bar crawl was inevitable!

As night descended our group of crawlers congregated at The Frolic Room? 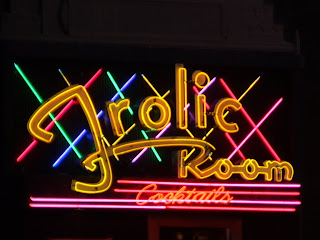 The place was a speakeasy, accessible only from within The Pantages Theater, and opened it's front door on Hollywood Boulevard after prohibition was finally repealed. The Frolic Room is a definitive neighborhood dive bar, where theater patrons rub shoulders with locals and haunts from classic Hollywood. The beers are cold, mixed drinks are stiff and the staff is great! 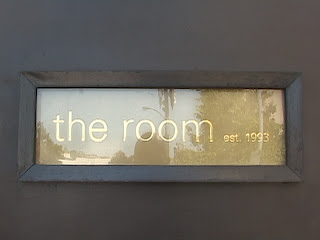 The whirlwind continued onto Cahuenga and a stop at The Room; where the beer and Tequila continued to flow. The Room's been around since 1993 and like The Frolic the front door is a new addition. It's dark and loungy where DJs spin nonstop tunes and both the staff and drinks are pleasantly memorable. The crowd is great too; by the time beers have been ordered and shots have been taken, the bar crawl has grown by two lovely ladies. As the new additions explain their Hollywood disposition, the original crew has all but dissipated onto the dance floor or into one of the many booths. Since the show must go on a trip to The Spotlight became a reality for the remainder of us and the new comers. 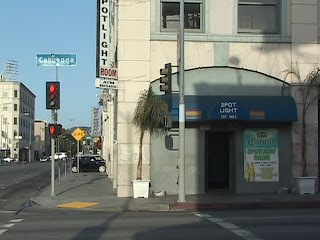 The Spotlight opened her doors in 1963 and is the oldest gay bar in Hollywood. Don't let the gents smoking by the entrance scare you away, the place is great! Once past the thick drapery that holds out the penetrating light (The Spotlight is one of the few joints that starts drink service bright and 6am early) the eclectic crowd lounges in the glow of the eclectic jukebox. The over-poured drinks come stiff but cash is required to enjoy them. No worries, the ATM is next to the jukebox and a great place to dance as you await your money. Shots, beers, new friends, and plenty of laugh put the crawl into overdrive.
It's getting late and what better place to wrap a crawl down Cahuenga than The Burgundy Room. It's dark, small, the drinks are stiff, and the Rock 'n' Roll is loud! The BR is local Hollywood at it's finest. Unfortunately, Ring of Fire never played and the bar was never lit. However, a case of mistaken identity sparks an unexpected round of drinks to be purchased to extinguish some flames.
The bars may be done serving but it's Hollywood and the night is far from over. As we spill into the night hailing cabs the group is reunited in it's entirety. Some head to local after hours with old friends and some leave to get to know new friends better. 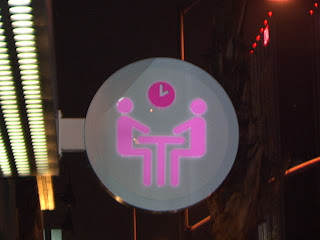 As are most days in Los Angeles, Sundays are simply fantastic; and there's nothing like mimosas, rehashed war stories and great friends to cure the previous night's debaucherous hangover. We all make our way back to Cahuenga, Kitchen 24 is a new diner that serves food as it's name represents, 24 hours a day. Over some of the best breakfast dishes in Hollywood, last night's stories fly. Between the delightful conglomerate of black forest ham, grilled onions, avocado, poached eggs and hollandaise sauce over an english muffin known as the Garden Benedict; the perfectly browned and buttered hash browns; and the heavenly stack of buttermilk, chocolate, whipped cream Chocolate Chip Pancake, we learned something about ourselves: he's got a foot fetish, he can't focus, she can drink and we really need to go on another bar crawl!